Thanks for checking out the New West KnifeWorks blog. Please stop by frequently to read about the knife life and mountain adventures that guide the New West KnifeWorks culture. We think you will love our knives even more once you see how much we love using them and how we spend our spare time.
Want to be the first to know about contests, media reviews and know even more about these knives? Visit and join our Facebook Fan Page. 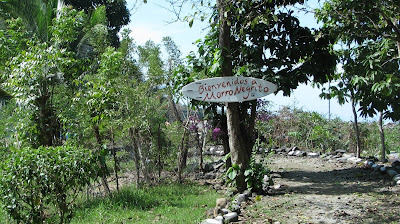 In February, I travelled to Morro Negrito Surf Camp in Panama with a group of 16 guys from Jackson Hole. We enjoyed a week of surfing and R and R after a long cold winter in Jackson Hole. We were the only gringos on this remote island and had many incredible surf breaks all to ourselves. 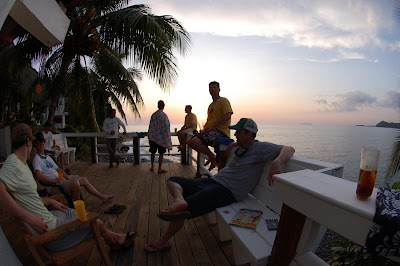 Food was cooked all week by some local ladies but one evening Gavin Fien, Jackson Hole's premier restauranteur and I took over the kitchen to make dinner. 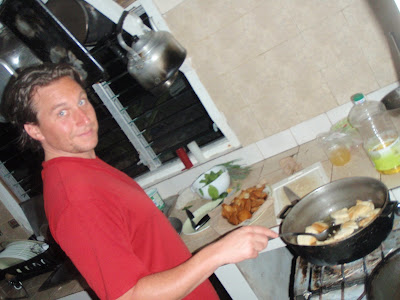 Being a devote, locavore, we spent the day gathering local produce to make dinner. Several boys went fishing on the Hannibel Bank a two hour motor out that is one of the premier fishing grounds in the world. The boys had great success and returned with Tuna, pargo (snapper) and Spanish mackerel. 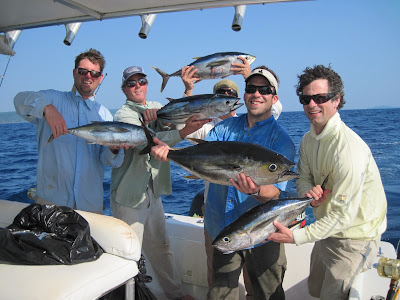 While the fisherman were were out, we gathered the bounty of the island to round out the meal. We dug wild yucca to provide a tasty deep fried starch. We found some locally grown cabbage to make coleslaw. The highlight was an iguana caught by a local gardener. For years I have travelled to Central America and always heard of locals eating iguana. With 16 drunken mountain men, I finally had a team that would be brave enough to try the "pollo de arbol" (tree chicken). 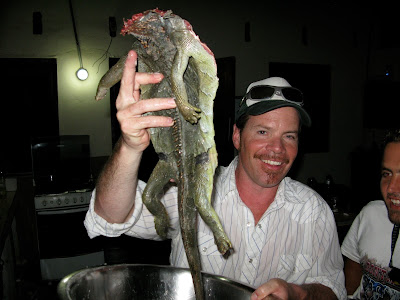 Gavin and I made many rounds of appetizers featuring varieties of sashime, cerviche fusion plates that were unquestionably the culinary highlight of the meal. Fortunately, I brought a Phoenix 9 http://www.newwestknifeworks.com/store/phoenixknives with me on the trip. The local cutlery was not up to the task of slicing delicate pieces of fish to make beautiful sashimi. 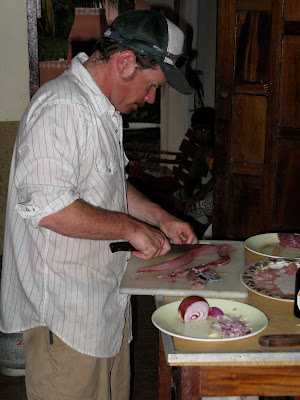 The iguana was cooked pretty much how I cook any fine meat. I rubbed it with salt, pepper and olive oil and grilled it over a local hardwood that provided excellent flavor. 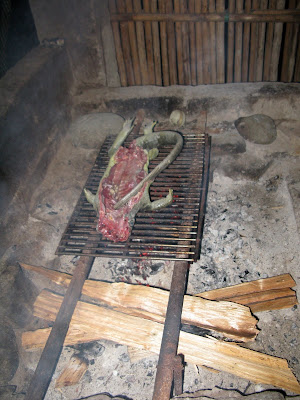 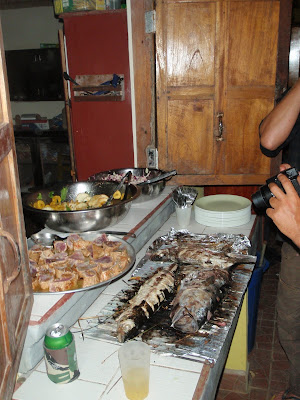 The iguana tasted delicious. The standard answer on how does an exotic meat taste is "it tastes like chicken". Actually, though, it had a texture more like steak. The only downside of iguana is there really isn't that much meat and you need to get pretty savage with it to gnaw it off the bone. Unless you have really big one, it needs to be put more in the novelty category rather than an actual meal. 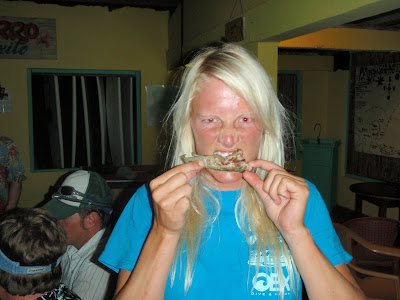 Gillian "La Rena", our surf guide, demonstrates her adventurous spirit by digging into a leg.
Posted by New West Knifeworks at 1:04 PM

New West KnifeWorks makes quality chef knives and kitchen cutlery sets. These knives are unique, high-end and functional. Many of the top cooking and food magazines have featured the knives including Saveur who wrote an article called Our Favorite Knives. All of the knives are designed by the founder, Corey Milligan.
Contact: (877)258-0100 info@newwestknifeworks.com
Visit: www.newwestknifeworks.com
Join: Facebook Fan Page